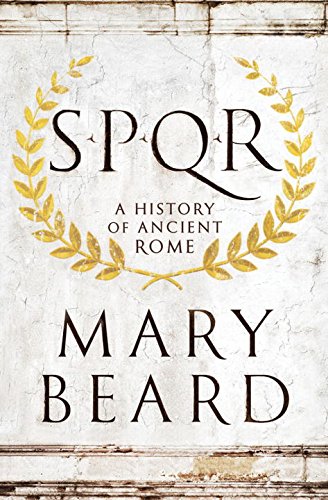 SPRQ: A History of Ancient Rome

Ancient Rome was an imposing city even by modern standards, a sprawling imperial metropolis of more than a million inhabitants, a "mixture of luxury and filth, liberty and exploitation, civic pride and murderous civil war" that served as the seat of power for an empire that spanned from Spain to Syria. Yet how did all this emerge from what was once an insignificant village in central Italy? In S.P.Q.R., world-renowned classicist Mary Beard narrates the unprecedented rise of a civilization that even two thousand years later still shapes many of our most fundamental assumptions about power, citizenship, responsibility, political violence, empire, luxury, and beauty.